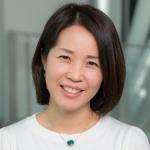 Current Research
My research interests lie in the theoretical study of the collective phenomena condensed matter systems exhibit, and in understanding how such phenomena emerges from microscopic physics. Especially, I have been interested in the physics of strongly correlated systems: systems consisting of many strongly interacting degrees of freedom. Strong correlations can lead to a surprisingly rich diversity of novel phenomena that are highly non-trivial from a single particle perspective. Over the last few decades, new experimental discoveries, through the development of new experimental probes and the fabrication of ever more exotic materials and devices, have been raising unexpected and conceptually deep questions. The possibility of obtaining a non-trivial understanding through a close interaction and synergy with experimental colleagues make the theoretical study of this field exciting and rich.

Among various topics that fall under the above category, I am currently focusing on 1) High Temperature Superconductivity, 2) Electronic Liquid Crystals, and 3) Topological phases.

Electronic Liquid Crystals
Phases with intermediate order include electronic liquid crystals and inhomogeneous phases. Electronic liquid crystalline phases have now been sighted in a number of strongly correlated systems, such as high Landau level quantum Hall state, cuprate perovskites and bilayer ruthenates. The phases with intermediate order can occur as a compromise between momentum space and real space ordering tendencies, when neither the kinetic energy nor the interaction energy is dominant. Recent observations of these phases in well-controlled experiments have opened up a wealth of questions such as mechanisms for electron nematics and their relation to other forms of order, detection and interpretation of intermediate phases.

Topological phases
Topological phases are characterized by the emergence of an effectively enlarged symmetry: topological invariance. This concept is defined by an invariance of the macroscopic properties under smooth deformations of the system. In practice, it implies robustness against local perturbations and against changes of shape or size of the sample, with the prototype of such phenomena being the quantum Hall (QH) effect. The current resurgence of the field is led by new proposals for realizing topological phases, in conjunction with developments in mesoscale fabrication technology. The time is ripe to make progress in this cross-disciplinary field where mathematics, condensed matter physics, field theory, and quantum information meet.

The above discussed are complex and challenging problems which require a variety of theoretical approaches.  One system could display more than one of the above intriguing phenomena. My group will pursue much needed understanding of major open problems through simple but relevant model problems amenable to solutions using basic tools, as well as through problems that require sophisticated analytical and numerical tools.